I wouldn’t call this the best fighting game on the SNES, but it’s definitely the one that’ll make your jaw drop the most. The Street Fighter Alpha series was the next iteration in the saga after Street Fighter II, and brought along with it much more visual flair in the form of animation and flashing effects. Thanks to a special chip that allowed for massive data compression, Capcom and Nintendo were able to port Alpha 2 over to the SNES as the console entered its final Christmas in 96.

Anyone who’s played the arcade/Playstation/Saturn versions of Alpha 2 will immediately notice the cuts that have been made here. Many frames of animation have been removed, and there is constant slowdown throughout the fights. Music and effects, though accurate, are not as full-bodied and rich as they’ve otherwise sounded. Secret characters are missing. And perhaps most surprising of all, the game actually freezes for a few seconds before the start of each round, allowing the SNES to decompress and process all the data.

If all this sounds like a bust, it’s actually not. The production team made wise decisions about where to cut, and the result is a game that feels very complete compared to other companies’ attempts (Ultimate Mortal Kombat 3, I’m looking at you). All 18 original fighters are intact with their moves, custom combos, and levels. The intro and ending sequences are here, and yes the shadow effects and screen flashes from the combos are well-represented. Slowdown takes a bit of getting used to (the original arcade was a very fast game), but overall the speed is comparable to the original Street Fighter II installments. Really, the only nitpick is the loss of extra tournament and training modes, but the cartridge was probably at the limit of what could be squeezed in.

If you’re looking for an arcade-perfect port, this isn’t the version to get. But if you’re looking for a rare/novelty game that also happens to succeed on its own terms gameplay-wise, Street Fighter Alpha 2 is a must-have. I’d give Super Street Fighter II the slight edge over it as the latter is a stronger direct port, but overall Alpha 2 is still one of the top fighting games on the SNES. 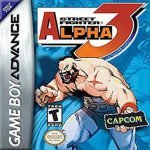 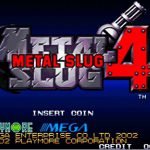 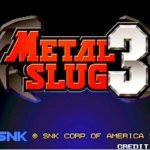