I played this when it was still the only Dragon Ball fighting game available in the US, before Budokai started the DBZ game craze for westerners. Considering that fact on top of it being so rare at the time, I really felt like I was playing something special. Because of this, the game will always have a place in my heart.

I own both the rare, original Bandai 1997 release and the common Atari 2004 release, and there is no difference between the two as far as the actual software is concerned. Only the art (cover art and disc art) and manuals are different, but the games are both the exact same.

You’ve got your standard arcade and versus modes like every fighting game has, as well as a “build-up” mode when you choose any character and fight through various opponents, with the moves you use the most becoming stronger with each successive fight. Thus, if you train your punches, they’ll become stronger, whereas if you focus on energy attacks then they’ll become stronger. I’m not a personal fan of this mode, but that’s neither here nor there. Some people may like it, but it’s not my cup of tea. I prefer arcade and versus.

The gameplay where most people have a problem with this game. It’s slow and a little cumbersome, but if you put in the time to get used to how the game controls, there’s a lot of enjoyment to find here. It certainly hasn’t aged well, and by comparison to today’s fighters it’s really a joke, but if you can play it with an open mind and remember the timeframe in which the game originally came out, it can be a lot of fun.

Another issue people tend to have with the game is the character selection, due to how many incarnations of Goku there are. I’ll admit it’s a little weak that they chose to use so many versions of Goku instead of putting in more characters like Krillin, Tien, or some androids, but the rest of the character selection is quite serviceable. You’ve got all the main characters who hold major significance in the series’ story, including all the most important villains and most of the heroes. The only heroes that really deserved a slot in the character roster and aren’t in it are Gotenks and maybe a younger version of Gohan. Krillin would be my next runner-up, but he’s not a necessity. Regardless of my personal opinions though, as for what’s actually present in the game the character roster gets the job done.

The graphics are typical for 1997 PS visuals. Nothing to write home about, but not horrendous. 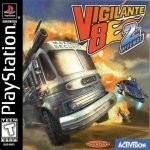 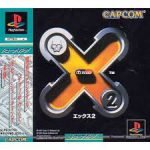