The FIFA series has led the way in the football simulation genre for several seasons now, but its position at the top of the league wasn’t always so secure.

Before the days when Pro Evolution Soccer challenged the juggernaut franchise, EA Sports was looking nervously over its shoulder at Actua Soccer, a consistently innovative line of football games from Sheffield-based studio Gremlin Interactive.

Although FIFA ’96 beat the original Actua Soccer to market as the first football game to feature 3D graphics, the Gremlin title’s match engine was in a league of its own.

Released in 1995 for PlayStation, Sega Saturn and PC, the first Actua Soccer instalment was the only game around at the time offering an authentic full-3D experience with polygonal players.

While many of the game’s console-based predecessors boasted 3D stadiums, even FIFA was still using flat 2D players back then – so the Gremlin game had the upper hand in terms of sheer immersion.

To heighten the title’s authenticity, the development team enlisted the help of local club Sheffield Wednesday, which was more of a coup back then than it would be by today’s standards.

Owls players Andy Sinton, Chris Woods and Graham Hyde provided motion capture work for the project to help further its realism, while commentary from Barry Davies boosted its authenticity from an audio standpoint.

This was the early days of audio commentary in football games, when the best we could hope for was a few disjointed speech segments and a player’s name being called two minutes after he’d struck the ball, but the inclusion of Davies’s distinctive vocals gave the game a technological edge nevertheless.

Actua Soccer did skimp on the number of playable sides, with only national teams represented in the original release. There were 44 playable nations, each with squads of 22 players. 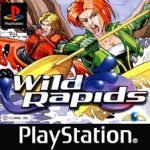